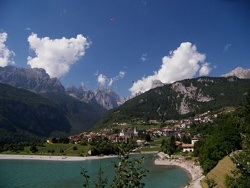 A mountain of sports, between Lake Molveno and the Paganella Plateau, in a unique natural background.
The Paganella plateau is located in the central-western part of Trentino, between the homonymous mountain overlooking the Adige valley and the spectacular Brenta Dolomites. The area includes Lake Molveno, the second largest in the region, with clear waters and located in an enchanting environmental setting. Here is the free beach defined as the most beautiful in Trentino.

The main centers are Molveno, Fai della Paganella and Andalo. The latter boasts a real sports citadel, with an ice stadium, swimming pools and the large ACQUAIN. Courses and internships with great sports champions are organized throughout the Paganella Plateau.

The territory is included in the Adamello Brenta Natural Park and offers countless hiking opportunities, from the simplest to the challenging ones: comfortable paths for the family, climbs to refuges and equipped routes, such as the famous via ferrata of the Brenta Group and the challenging classic Via delle Vents, for the most trained.

This stage of towers and spiers, real natural cathedrals, is ideal for trekking at high altitude and climbing on imposing walls such as the Croz dell'Altissimo, the Campanil Basso or the Cima Tosa. Numerous ski lifts, such as the one leading to the Pradel, are also open in summer. The area offers various routes for two wheels, as part of the Dolomiti di Brenta Bike project, and suggestive launch points for those who want to experience the exaltation of paragliding and hang gliding. 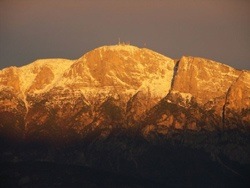 It is the plateau of winter sports: skiing, cross-country skiing, but also snowboarding and skating, in an exclusive environment.
The Paganella plateau is a state-of-the-art ski area, fifteen minutes from the Brenner motorway. It extends between the homonymous mountain overlooking the Adige valley and the spectacular Brenta Dolomites.

It includes Lake Molveno, the second largest in the region, with clear and iridescent waters, in an enchanting environmental setting. The territory is included in the Adamello Brenta Natural Park.

The main centers are Molveno, Fai della Paganella and Andalo, which boasts a real sports citadel, with a modern ice stadium, which is also a conference and recreational venue with the great ACQUAIN. On the plateau there are splendid slopes that start from 2125 meters of Cima Paganella and run along the west side of the mountain. Downhill, cross-country skiing, ski mountaineering, snowboarding are sports activities to be enjoyed with enthusiasm in a unique environmental framework.

The ski area offers fast and safe lifts, programmed snow and a free ski bus system that connects the resorts. The recently widened slopes are suitable for beginners and experts. Numerous ski schools and programs for families, with entertainment for the little ones.

Two rings for Nordic skiing can be used free of charge at the center of Andalo. The area is part of the wider Skirama Dolomiti Adamello Brenta area. Other activities can be practiced with the alpine guides: from excursions with snowshoes to climbing on ice falls.