The Ruins of Trentino 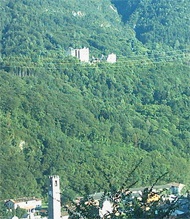 An enchanting ruin near Pieve di Bono, Castel Romano is shrouded in mystery and numerous legends. It was built in the 12th century in order to manage the road that connected the Bresciano to the Giudicarie. The imposing rectangular-shaped tower, which overlooks the valley of the River Chiese, is an important proof of the importance of the structure from a strategic point of view.

With the passage of power of the Lodron counts in other areas of Trentino, in Bavaria and in Austria, the structure was subject to constant degradation, until it became a hay deposit in the early twentieth century. On the occasion of the first World War, Castel Romano suffered the hard blows of the cannon fire, but it also managed to survive the bloody clashes between the Venetians and the Milanese, the arrival of Garibaldi's troops and the transition to a bishop's fiefdom.

Of the numerous frescoes that decorated the residential rooms only one has survived, from the fifteenth century depicting a clash between armed troops. Strong and alive even today is the immense charm that the castle, following meticulous restorations, probably emanates also due to the many legends that characterize it, among these the best known is undoubtedly that of the Countess Dina Lodron.

The countess welcomed the most beautiful young people in the area to kill them, but it did not last long in fact a priest decided to do justice and managed to free the dominion of negative forces with the killing of the Countess.

It is advisable to contact the Valle del Chiese Tourist Office for the calendar of scheduled events. 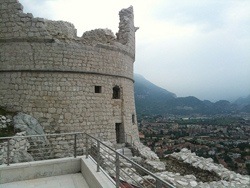 The structure was built to give greater tranquility and protection to the nearby village but also to its inhabitants in the sixteenth century, a period in which the Venetian rule of Riva had just ended, followed by it was demolished by the French army in 1703, at the helm of which was the General Vendome, who attacked the central body making it unusable.

The Bastion can be reached in a few minutes starting from the port of Riva thanks to a road that continues in the middle of the Rocchetta black pine forest, this bastion has recently been restored by the Superintendence for Architectural Heritage of the Autonomous Province of Trento.

It is advisable to contact the Apt Ingarda Trentino to check the possibilities of accessing the Bastione. 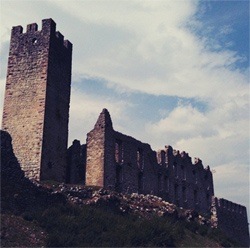 The remains of Castel Belfort, which emanate an indefinite enchanting panorama, are dominated by the huge tower. The Castle still shows its grandeur despite its structure being partially ruined, the ancient crenellated tower is still visible today, circumscribed by rectangular walls, but the floors and ceilings of the castle have completely collapsed.

Castel Belfort was built in 1311, a period in which Henry, Count of Tirolo, gave permission to build a tower with buildings close to Tissore, the son of Jeremiah I, with the granting of the perpetual fief. An interesting peculiarity of the castle, which has also characterized its history, is the position adjacent to Spormaggiore, under the jurisdiction of the previous castle of Sporo - Rovina, as a fortress for the district of Molveno and Andalo.

This justifies the constant changes of ownership following numerous exchanges and political agreements. The structure has no medieval elements in fact it is much more similar to a modern fortress, this is due to the reconstruction by the Counts Saracini following the fire that destroyed the original castle in 1670. Later, due to the Napoleonic occupation and numerous changes of ownership, the castle suffered a constant decline. 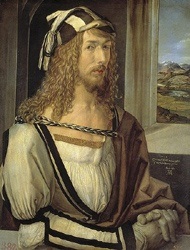 The remains of the Segonzano Castle emerge almost unexpectedly from the porphyritic cliff in the locality of Avisio. Impressive remains created in the medieval period by Rodolfo Scancio, at the request of the prince-bishop Federico Vanga, this structure was used as a guard for traffic in the Adige Valley which developed under the Cantilaga bridge, near the Avisio stream.

Today we can admire only a part of the pre-existing walls of the structure built in the thirteenth century and revised in the sixteenth century at the behest of the A Prato, whose descendants are still the owners, despite this the structure had a great value in the years between the fourteenth and fifteenth centuries . Segonzano Castle also belonged to the Rottenburg, Scancio and, in 1300, to the Greifenstein family, while the Dukes of Tirono took possession of it in 1424.

On the occasion of the disputes between the French and the Austrians in 1795, the castle was abandoned and fell into disrepair following bombing and looting. The only surviving tower is the Roman one, referred to as the prison tower.

Albrecht Dürer, who passed through these lands on the occasion of his first trip to Venice in 1494, was struck by the grandeur of the dark walls of the fortress to the point of creating two watercolors on the castle. The visit of the German artist was recalled in 1971 with two portphic stones positioned in Piazzo di Segonzano and Faver to indicate the points that the painter has made in his works.