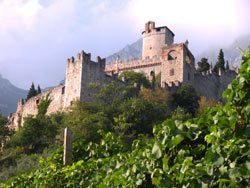 Tourist and cultural information, organization of excursions, walks in the open air, tourist and natural itineraries.

Organize your holidays in the Dolomites of Trentino Alto Adige, to discover small and large cultural and naturalistic treasures. An enchanting journey that will literally make you fall in love with this beautiful region.

Excursions in the rural areas of Trentino Alto Adige, explore the archaeological areas , an innate heritage of culture and charm that have bewitched all the tourists who have ventured into this beautiful region.

But also a food and wine holiday , at your disposal the main regional recipes of Trentino to learn the typical tastes but also to delight in the typical regional cuisine.

Your cultural holiday in Trentino Alto Adige: visit the Ruins of Trentino 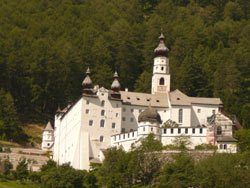 An enchanting ruin near Pieve di Bono, Castel Romano is shrouded in mystery and numerous legends. It was built in the 12th century in order to manage the road that connected the Bresciano to the Giudicarie. The imposing rectangular-shaped tower, which overlooks the valley of the River Chiese , is an important proof of the importance of the structure from a strategic point of view. 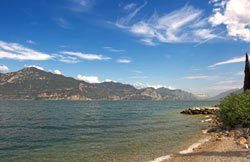 The largest lake in Italy is Lake Garda but also the most popular with an area of about 370 million square meters over an area of 51 km and 17 wide, with a depth of up to 346 meters.

Among the most fruitful lake ecosystems in the whole of Trentino, Lake Terlago is located near the town that bears the same name, a few steps from Trento.

Plateaus of Folgaria, Lavarone and Luserna 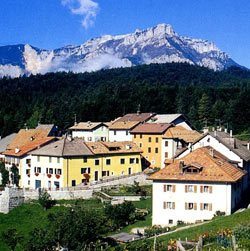 The Plateaus are an ideal place for those who want to practice outdoor sports during their holidays. In fact, every year during the summer, inaugurated by the Marcia dei Forti , a non-competitive competition takes place that attracts many runners. 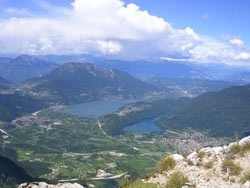 An alternative winter holiday to the most crowded destinations, with stations equipped for young people and families with children

In Valsugana other winter sports activities are also practiced, such as excursions with snowshoes and ski-mountaineering, in suggestive and wild environments, but safe and well equipped with shelters and restaurants. 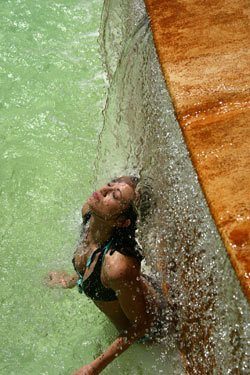 From nature all the pleasure of well-being: water, which crosses the heart of the mountains, collecting its most precious gifts; healing herbs, medicinal plants and flowers, pure air and a healthy climate.

In Trentino it is possible to rediscover the harmony of body and mind by practicing outdoor activities, relaxing in the structures belonging to the Vita Nova Club - Trentino Wellness or in the Trentino Spas .

The minerals of the Dolomite rocks and the natural elements, which the water collects on its way from the high-altitude springs to the source.

The Trentino thermal circuit brings together 8 Thermal Centers whose curative virtues were already known in Roman times and today they are fascinating structures in which to stop, to combine the pleasure of a holiday in a unique natural environment with the taste of well-being. 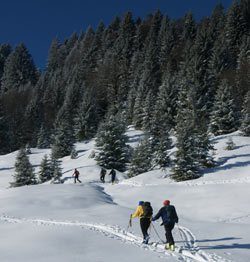 From Predazzo , an easy dirt road reaches, at an altitude of 1600 meters, the suggestive grassy plain of Valmaggiore, an ideal starting point to enter the heart of the Lagorai.

From the pass, path 349 runs along the entire northern slope of Cima di Cece , the highest elevation of the group.

The path 349 instead reaches the same saddle (2393 m), always skirting the top. From the saddle, go back towards the Fiemme valley floor descending along path 336, passing the lakes of Caserina and Cece , arriving at Malga Campigolo and then the dirt road that leads back to the Valmaggiore bridge. For the center of Predazzo there is still an hour to travel left. 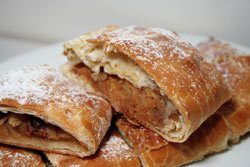 A land enclosed in the mountains, Trentino has been able to preserve its gastronomic tradition almost unchanged, well aware that it is the result, on the one hand, of centuries-old relationships and frequentations with the German-speaking world, from which it has borrowed numerous recipes , and on the other, of ancient conditions of poor peasant life, which have favored the birth of simple and nutritious dishes.

Starting from fruits such as apples or small berries up to cheeses , still produced today in the traditional way in the high mountain huts, Trentino can boast a varied cuisine rich in flavors.

Discover the Trentino of Cuore Rurale: holidays and vacations in rural Trentino 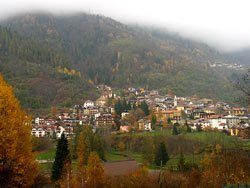