Other holiday: rural holiday, to the rhythm of the seasons 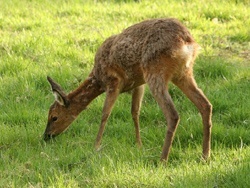 In Trentino you can enjoy a nature of rustic beauty, appreciate the typical products and get in touch with the people in the places included in the proposal of "The other holiday".

Experience the times of agriculture in summer and the change of color of the landscape in autumn, discover the rituals and traditions of the countryside. All this, and much more, can be appreciated in some rural areas such as Comano, Rovereto and Vallagarina, Valsugana, Val Rendena and Val di Non, thanks to the “L'altra Vacanza” project.

Early in the morning, at dawn, after a night spent in the silence of refuges, mountain huts or farmhouses, the new day is welcomed with hot homemade bread and freshly baked cakes. And then take a walk in the open air, to get to know plants and animals, perhaps meeting grazing cows, roe deer in the woods and participating in every moment of local peasant life.

Rediscover the rhythm of the seasons

In spring you will be fascinated by the apple blossom in the Non Valley, the sowing in the organic gardens in the Gresta Valley, accompanied by the buzz of bees starting their work for the production of honey or by the cowbells of the cows marching towards the pastures at high altitude.

During the summer, the rituals of agriculture are the masters: the cutting of the meadows, the harvesting of small fruits and cherries in Valsugana, the daily life in the malghe (the homes of the peasants during the mountain pasture period) and the cheese production.

Finally there is autumn, with its colors and scents. It is the time of harvesting: grapes, apples, walnuts from Bleggio, chestnuts in Roncegno or Castione, mountain potatoes in Lomaso and Bleggio, mushrooms. In this period the Rendena breed cows return from the mountain pastures, giving life to the traditional “desmontegade” festivals.

PATHS TO DISCOVER THE TERRITORIES

Among the many routes, there is "On the flower paths", in search of many plant species on the slopes of Monte Baldo, in the company of alpine and botanical guides and then "The wine and flavors route" in Vallagarina, among castles medieval and 3,600 hectares of vineyards. And again the journey between the "most beautiful villages in Italy" of Rango and San Lorenzo In Banale near the Comano Baths or, in Val di Non, the path inside the Canyon of the Val di Non dug over the millennia by the stream Novella.

The Other Vacation in Valsugana and Lagorai

Arte Sella is an international event of contemporary art that takes place outdoors in the meadows, in the woods of the Val di Sella (municipality of Borgo Valsugana). ArteNatura is a path along which to admire the works and at the same time enjoy the environmental peculiarities of the place (different types of woods, presence of rocks, monumental trees). The works are made with stones, leaves, with branches or trunks.

Discover the enchanted Valle dei Mòcheni by bike, the natural cradle of the most precious small fruits! An educational path to be faced in relaxation, where the agricultural operator becomes the propeller and vehicle of economic activities, especially those that have made it possible to enhance the mountain areas, preserving the balance between man and nature.

Adopting a cow is a dream cultivated by many children, and perhaps also by some adults, and in Lagorai, Valsugana and Valle dei Mòcheni it has been transformed into a much appreciated initiative. Adopt a cow and during the summer go up to the hut to get to know it. The value is € 60 (€ 10 donated to charity and the rest in dairy products from the malga). And remember that here it is possible to taste the products at 0 km ... directly from the producer to the consumer!

The Other Vacation in Rovereto and Vallagarina

DISCOVER AUTUMN IN THE CHESTNUT

The Brentonico Plateau, with its centuries-old chestnut groves, offers a unique environment where you can savor, in a suggestive setting, its first fruits: the Marroni di Castione, quality chestnuts with an unmistakable flavor, recognized by the trademark of the Associazione Tutela dei Marroni di Castione, which are celebrated in the traditional Chestnut Festival in the village of Castione (24-25 October).

Get closer to the world of animals and rediscover the naturalness of a forgotten relationship! Try donkey rides or horse trekking. Abandon yourself to the pampering of a rabbit, a dog or a donkey with the path of the caress to fill up on well-being, balance and self-esteem. Befriend the bees and discover all the secrets hidden in a drop of honey!

ROUTE OF WINE AND FLAVORS OF VALLAGARINA

Breathe in the scent of stories and legends in the seven medieval castles set in 3,658 hectares of vineyards.
Delay in the 24 cellars of the Valley and sip Marzemino, the native red also loved by the young Mozart. Munch on thirteen varieties of organic vegetables grown in the terraced fields of Val di Gresta. Taste a cheese with an intense yellow color, the Monte Baldo cheese.
Follow your own pace, wandering along the valley road along the Adige river, between Trento and Verona.

The Other Holiday in Terme di Comano - Brenta Dolomites

Overwhelming and fun program of activities for adults and children, to be done together with parents and children. From June to September, excursions and guided tours to discover the magical world of bees or stable life, learn how to sow and cultivate with the farmer, familiarize yourself with cows, calves and donkeys, adopt a goat or ride a pony, discover how cheese is made or prepare the biscuits ... A summer of games to become real farmers.

RANGO, AMONG THE MOST BEAUTIFUL VILLAGES IN ITALY

Carved like a cameo in the mountain, Rango is the most precious jewel of the Bleggio plateau and the entire valley, which reigns from above. This magical handful of rural houses, perfectly preserved in their ancient architecture and connected to each other by arcades, hallways and internal courtyards, still speaks of a past populated by pilgrims, shepherds with their flocks, merchants and lonely travelers who used to stop and rest here. . In Rango time seems to have stopped then ... Walking through the alleys of the town is a journey into the past, slow, silent and fascinating, where everything is still like yesterday.

SAN LORENZO IN BANALE, BETWEEN TRADITION AND NATURE

Lying on a vast green terrace overlooking the valley and guarded behind by the imposing walls of the Brenta Dolomites, San Lorenzo, one of the "most beautiful villages in Italy" is an ancient peasant village born from the merger of seven parish churches. Among the narrow streets of its hamlets, the customs and customs of the past can still be traced. To be admired, among other things, in the halls of the Casa del Parco "Once upon a time" and to be savored in the unique mixture of ciuìga, a rare delicacy of local pork and turnips, now a Slow Food presidium.

The Other Holiday in Val Rendena

Monothematic museum on the work done in the alpine pastures scattered throughout the territory showcases the tools that time and experience have perfected for the processing of milk and its derivatives.

MONUMENT TO THE RENDENIAN BREED

Wrought iron work located in Caderzone Terme, built in July 1996 by the well-known artist Solandro Luciano Zanoni, which represents the importance of the practice of the mountain pasture, of the farming tradition and in particular of cattle breeding, an element of subsistence for generations.

The Baschenis, itinerant fresco painters from Avemaria, in the Bergamo area, play a very particular role in the framework of Trentino fresco painting. For over seventy years between about 1470 and 1540, they were active in numerous churches in the Val Rendena. We find splendid testimonies in the church of Maria Assunta in Javrè, Sant'Antonio Abate di Pelugo, church of Val S. Valentino, S. Vigilio in Pinzolo and S. Stefano in Carisolo, church of S. Giovanni Battista in Massimeno, the parish churches of S .Antonio di Mavignola and Spiazzo.