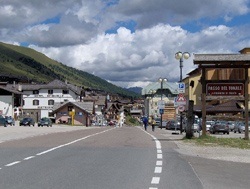 A ski district with state-of-the-art facilities and slopes for endless snow sports, in the Brenta Dolomites, in Adamello between the Presena glacier and the Tonale, among the imposing scenery of Ortles - Cevedale in the preserved Val di Pejo. It is the Val di Sole, which extends between the Stelvio National Park and the Adamello Brenta Natural Park.

The main ski areas are Folgarida-Marilleva with 53 km of slopes, in addition to the connected ones of Madonna di Campiglio, the Presena glacier at an altitude of 3000 meters, which allows you to ski many months of the year and with the slopes of the Tonale pass offers 60 km of descent (100 km connected with the ski area of Ponte di Legno-Temù).

They form the Adamello Ski carousel, a paradise for downhill skiing and snowboarding. The Pejo tracks, in the Stelvio Park, are suitable for all skiers. All the ski areas in the valley are associated with the Skirama Dolomiti Adamello Brenta.

There are also numerous opportunities to practice Nordic skiing, a well-established discipline in Val di Sole, along the 55 km of tracks and rings of the various cross-country centers existing in the valley. The alternative ski-hiking, ice climbing, Nordic walking, snowshoeing, such as fitness and wellness, are equally practicable with great satisfaction.

An effective free ski bus service connects the villages with the access stations to the skiable domain, which can also be reached using the Dolomiti Express train service (from Trento to Daolasa, also loads the skis). 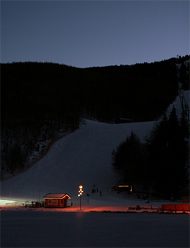 Between the Brenta Dolomites and Ortles Cevedale, the 19 ski lifts of Madonna di Campiglio allow you to ski on 60 km of magnificent slopes, one illuminated in the evening, of the ski area that connects to those of Folgarida-Marilleva, for a domain of 120 km of tracks. A few kilometers further south, from Pinzolo in the upper Rendena, 9 ski lifts serve the 26 km of slopes that descend from Dos del Sabion to the village.

Structures dedicated to snowboarders are the Snowpark Ursus in loc. Grostè and the Brentapark in Grual.
For children and games in the snow, the Tana di Rendy and Prato Matto are set up in Prà Rotond in Pinzolo and Campilandia in loc. Campo Carlo Magno. Still in this area there are 9 marked itineraries for walks and trips in the snow on foot, with snowshoes and with mountaineering skis.

There are ten ski schools with instructors specialized in downhill, snowboarding and cross-country skiing techniques in Campiglio and one in Pinzolo. The Skipass is that of Skirama Dolomiti Adamello Brenta.

For Nordic skiing there are: the Campo Carlo Magno cross-country ski center with tracks reserved for the school field and others for competitive sports, for a total of 22 km of tracks (joins the SuperNordicSkipass) and the Pinzolo-Carisolo cross-country center: 3 km of track in the suggestive Sarca valley floor, guaranteed by programmed snow and night lighting. Both centers offer rental services, waxing room, storage, changing rooms with showers, hot drinks dispenser, first aid and parking.

You can skate on the Madonna di Campiglio lake and at the Pinzolo Ice Stadium, an indoor facility with an Olympic rink. Ski bus service.