Food and Wine of Trentino: Recipes of Trento

A land enclosed in the mountains, Trentino has been able to preserve its gastronomic tradition almost unchanged, well aware that it is the result, on the one hand, of centuries-old relationships and frequentations with the German-speaking world, from which it has borrowed numerous recipes , and on the other hand of ancient conditions of poor peasant life, which have favored the birth of simple and nutritious dishes.

Starting from fruits such as apples or small berries up to cheeses, still produced today in the traditional way in the high mountain huts, Trentino can boast a varied cuisine rich in flavors.

The Trentino population has always been able to make the most of sheep farming products, obtaining both cheeses and high quality salami.
The cheeses are produced with milk exclusively from naturally fed animals and respecting the production methods handed down from father to son over the centuries.

Cuisine and Recipes of Trento 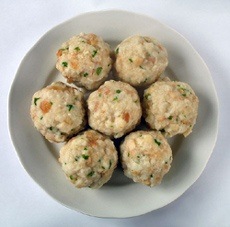 From the cultural and, specifically, gastronomic point of view, the province of Trento is organized into valleys; it is easy to think how over the centuries the traditions had developed in the various valleys with different peculiarities due to the morphology of the area; it was not easy, in fact moving from valley to valley and traditions were not subjected to such major contamination.

Despite this, all the valleys have a common basis represented by the fact that the fruits of the earth were the same, so the kitchens of the various valleys have developed starting from the same raw materials and taking advantage of the same opportunities to be able to work them at their best.

The gastronomy of all the valleys, for example, presents a wide choice of dairy products thanks to the fact that the population could make use of high mountain pastures; another common point is the strong presence of small berries in the preparation of desserts and more, so much so that the woods surrounding the valleys are rich in them.

Another common denominator of the gastronomy of the valleys of the province of Trento is represented by those dishes that arrived here following the Austrian domination such as canederli and strudel. 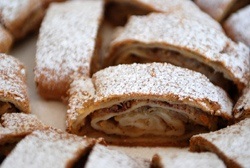 Val di Sole has an economy based on agriculture and livestock, which gives life to a cuisine based on simple and genuine ingredients.
The typicality of the cuisine of this area lies, above all, in the derivatives of milk. The milk, of course, is produced from native animals fed on mountain pastures, resulting in a rich and high quality milk.

The dairy products that most characterize the gastronomy of the Val di Sole are the Casolet of the Val di Sole and the ricotta (called poina).
Casolet della Val di Sole is a unique product, obtained from raw milk, served fresh or semi-seasoned in combination with cold cuts, speck and rye bread.

This cheese owes its name to the fact that the inhabitants of some villages in this valley were called casoletti.
Another product that characterizes the area is ricotta, which, in addition to being tasted as it is, is used in many recipes such as gnocchi, tortilli, pasta with potatoes and, as regards desserts, in the traditional cake ricotta, in polenta or in exquisite "de poina" biscuits.

In addition to dairy products, the cuisine of this valley offers excellent meat dishes, be it pork, sheep, cattle or game.
Game, abundant in the wooded areas surrounding the valley, is often prepared with the use of berries such as currants or with herbs that are born spontaneously, always accompanied with polenta.

Finally, the desserts, even in this valley the population cannot do without the strudel, a typical dessert of the whole of Trentino, but also the fregoloti cake has its opportune popularity.